Enjoy the simplicity and beauty of the splendid Mary Oliver….

If you’re John Muir you want trees to live among.

If you’re Emily, a garden

Try to find the right place for yourself.

If you can’t find it, at least dream of it.

When one is alone and lonely, the body

gladly lingers in the wind or the rain,

or splashes into the cold river, or

pushes through the ice-crusted snow.

God, or the gods are invisible, quite

understandable. But holiness is visible,

no matter how hard you listen.

In all the works of Beethoven, you will

not find a single lie.

All important ideas must include the trees,

the mountains and the rivers.

To understand many things you must reach out

of your own condition.

For how many years did I wander slowly

through the forest. What wonder and

glory I would have missed had I ever been

Beauty can both shout and whisper, and still

The point is, you’re you, and that’s for keeps. 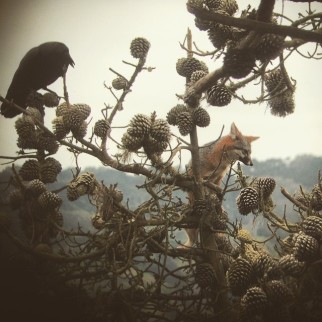 The great Ralph Collier talks about all the recent shark sightings and encounters from North Carolina to Southern California.

If man’s life is immortal, so also is the animal’s.

The difference is only in degree and not kind. The amoeba and I are the same.

The difference is only in degree and from the standpoint of the highest life, all these differences vanish.

A man may see a great difference between grass and a little tree, but if you mount very high, the grass and the biggest tree will appear the same.

So from the standpoint of the highest ideal, the lowest animal and the highest man are the same.

If you believe there is a God, the animals and the highest creature must be the same.

From the highest to the lowest to the most wicked man, in the greatest of human beings and the lowest of crawling worms under our feet, is the soul pure and perfect, infinite and ever-blessed. In the worm, that soul is manifesting only an infinitesimal part of its power and purity, and in the greatest man it is manifesting most of it. The difference consists in the degree of manifestation, but not in the essence. Through all beings exists the same pure and perfect soul.

I think I could turn and live with the animals, they are so placid and self contained;
I stand and look at them long and long.
They do not sweat and whine about their condition;
They do not lie awake in the dark and weep for their sins;
They do not make me sick discussing their duty to God;
Not one is dissatisfied-not one is demented with the mania of owning things;
Not one kneels to another, nor his kind that lived thousands of years ago;
Not one is responsible or industrious over the whole earth.”
― Walt Whitman

We need another and a wiser and perhaps a more mystical concept of animals. In a world older and more complete than ours they move finished and complete, gifted with extensions of the senses we have lost or never attained, living by voices we shall never hear. They are not brethren, they are not underlings; they are other nations, caught with ourselves in the net of life and time, fellow prisoners of the splendour and travail of the earth.”

I love things made out of animals. It’s just so funny to think of someone saying, “I need a letter opener. I guess I’ll have to kill a deer.
–David Sedaris

Don’t you find it a beautiful clean thought, a world empty of people, just uninterrupted grass, and a hare sitting up?”

He said that people who loved [animals] to excess were capable of the worst cruelties toward human beings. He said that dogs were not loyal but servile, that cats were opportunists and traitors, that peacocks were heralds of death, that macaws were simply decorative annoyances, that rabbits fomented greed, that monkeys carried the fever of lust, and that roosters were damned because they had been complicit in the three denials of Christ.
―Gabriel Garcia Marquez   Love in the Time of Cholera

When I consider that the nobler animal have been exterminated here – the cougar, the panther, lynx, wolverine, wolf, bear, moose, dear, the beaver, the turkey and so forth and so forth, I cannot but feel as if I lived in a tamed and, as it were, emasculated country… Is it not a maimed and imperfect nature I am conversing with? As if I were to study a tribe of Indians that had lost all it’s warriors…I take infinite pains to know all the phenomena of the spring, for instance, thinking that I have here the entire poem, and then, to my chagrin, I hear that it is but an imperfect copy that I possess and have read, that my ancestors have torn out many of the first leaves and grandest passages, and mutilated it in many places. I should not like to think that some demigod had come before me and picked out some of the best of the stars. I wish to know an entire heaven and an entire earth. 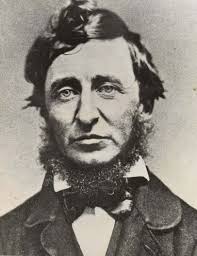 Animals never worry about Heaven or Hell. neither do I. maybe that’s why we get along.
― Charles Bukowski   The Last Night of the Earth Poems

Okay, first off thanks again to Peter Eisenhauer for shooting, editing and sharing these great videos of a truly magical time in South Africa.

Please excuse my orgiastic screams. This was the first shark breach I ever saw so I got a little carried away. After a few more breaches, I was able to tame my insanity into manageable sighs of awe.