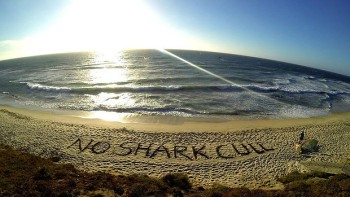 Over 100 sharks have been caught on drumlines or shot and killed in Australia’s misguided and reactionary response to recent attacks.

West Australia’s cull has ended-–for now. The drum lines have been pulled. 100 sharks have been caught, and though the Premier claims that killing 100 sharks (no great white sharks—the species responsible for the attack), has been “educational.” Let’s hope this barbaric policy doesn’t return in November.

If you’d like to do a good deed for dusky sharks, an overfished species and help end the use of wasteful longline fishing in the Atlantic, Gulf and Caribbean, here today is the LAST DAY. You can read about the proposal here. (Thanks to shark superstar Sarah Mucha for this information!)

Please e-mail  your comments to: Peter.Cooper@noaa.gov

Either submit your own original comments, or cut, paste & sign a version of this sample letter:

To Whom It May Concern:I am writing in reference to the comment period on Amendment 5B (A5B) to the 2006 Consolidated HMS Fishery Management Plan. My comment is as follows-POTENTIAL RECREATIONAL MEASURESIt is my opinion the closure of the Atlantic recreational shark fishery “ALT-A8” would have the most impact on helping reduce the number of incidental landings of Dusky sharks. If this measure is unattainable I feel the next appropriate measures would be to combine “ALT-A3” for public awareness on regulations and shark identification, “ALT-A4″ prohibiting retention of all ridgeback sharks in the Atlantic Recreational Fishery, ALT-A5” extending end of existing shark closures from July 15th to July 31st would give added protection to nursery areas, along with “ALT-A7” allowing only catch and release of all Atlantic HMS managed sharks and retention of recreational caught sharks prohibited would all help meet the goal of reducing mortality and rebuilding populations of not just Dusky sharks but also other listed species.POTENTIAL COMMERCIAL MEASURESOver all “ALT-B10 removal of all pelagic longlines as authorized gear for Commercial Atlantic shark permit holders or “ALT-B5” closure of the hot spots would have the greatest results of impact towards reducing the mortality of Dusky sharks along with multiple listed HMS of sharks and other marine life. This would help maintain at or below levels of mortality that in turn would work towards the result in a 70% rebuilding in the time frame recommended of a 100 years by assessment. Along with “ALT-B9” extending end of existing shark closure from July 15th to July 30th to further protect nursery grounds.Due to the Dusky’s slow growth rate, maturity later than other shark species, their 3 year reproductive cycle, and small litter sizes of 3-12 pups, they fall under the characteristics resulting in a low intrinsic rate of population increase. The implementation of these alternative stringent regulatory measures should be required to recover the collapsed populations of Dusky sharks.Thank you,

Western Australia’s premier Colin Barnett wants to extend the shark cull that has already killed 100 sharks including protected species for another three years.

Please join Greenpeace in speaking out against this extremely ill-advised and environmentally devastating proposition.

This glimmer of hope comes from shark divers blog. Western Australia has decided to open up the shark cull policy to a Public Environmental Review. This means that for a four week period, the public can send in their thoughts about the shark kill plan.

I will post more information about where the public can send in their comments as soon as it’s available. In the meantime, check out these tips about how to compose an effective, rational letter & for a handy shark fact sheet.  While I am more than tired of the “Keep Calm” sentiment in all its myriad forms, I have to admit in this case it’s handy as it reminds me of the necessity not to get too fired up and freaked out before I write a letter about an issue that I hope to change someone’s mind about.

To raise money for a Bay Area shark sanctuary, Shark Stewards is sponsoring Run for the Sharks, in the San Francisco Bay to the Breakers race this May 18 ! Dust off your full-length shark costume and join the well-organized madness! To  register to run, click here.

If you’re really bananas, you can also join The Shark Centipede--a group of 14 costumed runners who run the race attached to one another.

Here are some other ways to help out:

Buy a handmade  Pura Vida bracelet for $5 to support shark conservation, or sponsor a runner.

If designing inventive yet maneuverable shark costumes is your bag, or you’d like to donate $ or be a corporate sponsor, click here and scroll to the bottom. 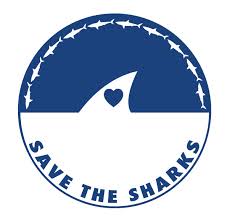 After so much sad stuff about the shark cull and drum lines in Australia, it’s nice to read this inspiring story about four  Chinese businessmen who fought to get shark fin soup off the menu at government banquets.

While the shark cull continues in Western Australia, sharks and other fish are also victims of drum lines (traps with baited hooks that kill sharks and other marine life indiscriminately). Neither the “culling” of sharks nor the presence of drum lines is likely to prevent future attacks by great white sharks in Western Australia, but only weaken an already stressed eco-system by removing its apex predators and other marine life. Please take just a few minutes and send an e-mail to the Australian government to ask them not to extend the use of drum lines! After the e-mail information, you can also check out the list of suggested resources to include in your letter. (Thanks Melissa Michaelson for posting this on FB). 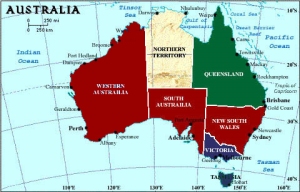 HOW TO SEND AN E-MAIL:

Urgent Time Sensitive Message from ‪#‎noWAsharkcull‬
In March, the Environment Protection Agency (EPA) chose NOT to assess WA’s drum line policy because they deemed it to be of ‘very limited duration’ and so they said that it ‘will not have a significant impact on the environment’. This was when the policy was due to end on April 30th 2014, which has now changed with the Government asking for approval until 2017.
We only have 5 days to take action. You can help Stop The Cull by spending just 2 minutes of your time to submit a comment to the EPBC opposing the policy:
1. Email your comments opposing the WA drum lines to – epbc.referrals@environment.gov.au (Before Thu 17 April).
2. In the subject bar include the following “Comment on WA drum line referral – reference no. 2014/7174”
3. In the email include the full title and reference no, which are as follows:

Title: WA Department of the Premier and Cabinet/Natural resources management/off metropolitan & SW coastal regions of Western Australia/WA/Shark Hazard Mitigation Drum Line Program
Reference no: 2014/7174
4. Suggested comments and links to relevant information are listed below.
6. Now SHARE, SHARE, SHARE – we only have until Thursday 17th April to get as many people to comment as possible.

————————————————————————————————————
SUGGESTED COMMENTS/LINKS TO INFO. TO ADD TO YOUR SUBMISSION:
1. WHITE SHARKS ARE PROTECTED under WA and Australian environmental laws and several international agreements including CITES and CMS.
2. WHITE SHARKS ARE APEX PREDATORS, their roles are vital to keep the health of the ocean in balance. Removing a migratory apex predator from our marine ecosystem is likely to have significant impacts on the species composition and abundance of other marine life.
3. WHITE SHARKS ARE NOT PRESENT IN WA WHEN DRUM LINES ARE OPERATIONAL.
White sharks are the main target of the policy yet their population’s peak during June-August each year in WA, which is outside the proposed drum line operational period of November to April (see page 13 of DoF report –http://goo.gl/FbLBXm).
4. DRUM LINES ARE INDISCRIMINATE and will catch and kill other species including dolphins, turtles and non-target sharks. Almost all of the sharks caught so far have been non-target, undersized, tiger sharks.

END_OF_DOCUMENT_TOKEN_TO_BE_REPLACED

This note of protest to  NOAA officials and Barack Obama needs only 76 more signatures!

Please sign and share this petition to preserve existing shark conservation laws  in Guam, Hawaii and the Northern Mariana Islands AND to say no to an insanely misguided proposal to “reduce shark biomass” by decimating already declining species of sharks in the Pacific.

Why is it that human beings so often seem to revere the symbolic embodiment of the animal to the thing itself?  As Alice Walker once wrote,  “Animals are forced to become for us merely images of what they once so beautifully expressed.”  We can wipe out the grizzly bears in the wilds of California, while  proudly displaying them on the state flag. In India, Ganesh, the elephant god ( “destroyer of obstacles”) is revered, yet the living embodiments of this divinity are treated like lowly slaves. Sunder,  a captive temple elephant in India suffers incredible abuse at the hands of his captors, while his ostensible function as a holy mascot is to bestow “blessings” on human visitors.

When he traveled to India in 2012 Paul McCartney, whose animal activism is truly an inspiration, fought to secure Sunder’s transfer to a sanctuary.

However, the 14-year-old elephant is still chained, regularly beaten and forced to live in a chicken shed.

Today is the day that activists around the world are rallying to get Sunder to a sanctuary.

Please help! It only takes a few seconds to tweet, copy and paste a letter to the Indian consulate or sign a petition to free Sunder. 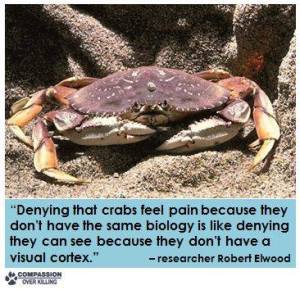